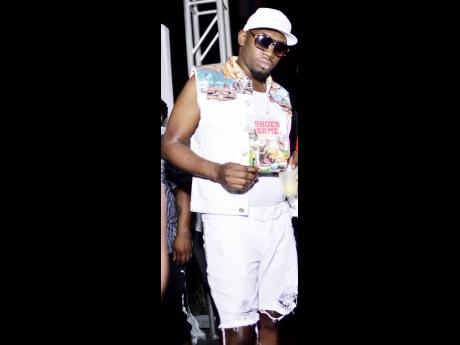 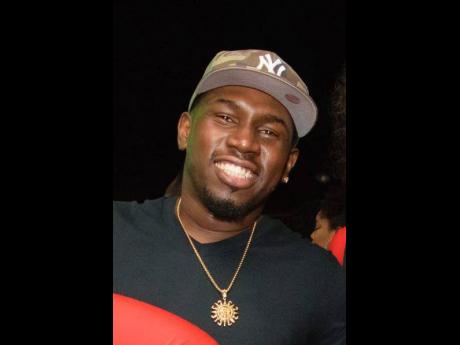 Today marks exactly one week since selector Foota Hype was released from the immigration detention facility he was being held in since December. After spending approximately four months in lock-up, the popular personality says freedom has given him an unexplainable joy, and he's already planning ways to make up for lost time.

"When I was in lock-up, I couldn't get my mucus cleanse, I couldn't get the foods that I eat because I don't eat rice, I do not eat meat and I don't drink milk. I was facing a hunger situation because I didn't eat 90 per cent of what they gave me. Plus the food window was a struggle. When you get breakfast at 5:30 in the morning, depending on what they gave you, you might get a snack, and then you get something again at 10, 11 o'clock, then you don't eat again until 4:30 (p.m.) and that's your last meal until 5:30 the next morning. That's an 11, 12-and-a-half-hour gap of nothing."

He added, "Since I have been out, I have gained maybe about four pounds, so my health has improved a lot and I'm grateful."

With his medical condition now under control, and having caught up with family and close friends, Foota said it is time to turn his attention to the fans.

He has promised a tell-all session on his Instagram page today.

"The viral king is back and ... unu can expect fi hear the full story about Foota Hype. Expect the truth and nothing but the truth because me nah hold nothing back. Me have things fi say and me a guh say dem without apology," he said.

Pick up where he left off

The entertainer, who hosted a weekly Instagram live series before his detention, says fans can also expect him to pick up where he left off musically.

He said that while many have been hosting Instagram live party series recently, he's always had a large following, and anticipates people will be as excited to tune in to his session.

"I spent three days going through my DMs, my WhatsApp is congested, and so I know people miss me and want to hear from me. The response that I've been getting from the fans has been overwhelming. Even the hypocrite dem a reach out, and so I appreciate all the love, even the ones I know are not genuine," he said. "Gyallis Wednesdays comes back tonight and the people will see for themselves how much I was missed because numbers don't lie. My anticipation is not to break the Internet but to keep it real and clear my heart."

Foota's sister, Kerry Ann Townsend, who petitioned for the selector's release, told THE STAR that she is grateful for the support shown to him during a very difficult period in his life.

"I just want to say a heartfelt, huge thank you to each individual who reposted or called the Florida Governor Ron DeSantis. Thank you, my fellow Jamaicans. This experience has taught me when we come together, we get things done," she said.