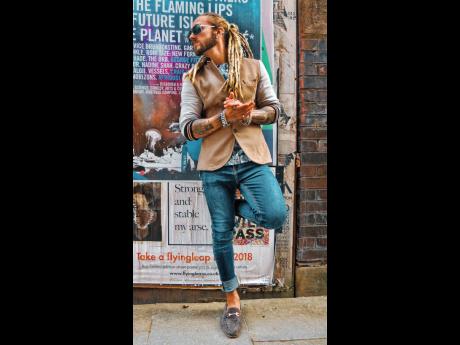 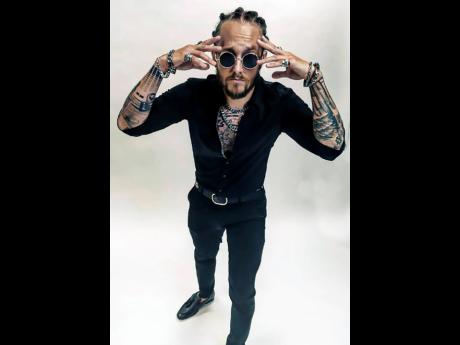 Watching videos online of dancehall entertainers performing on some of the biggest stages was not enough for aspiring deejay S Pri, a European with a passion for the Jamaican music genres.

Determined to rub shoulders with all the local hitmakers and producers, he made several trips to the island, and over the years, has earned his fair share of live performances, including at Sting and Ghetto Splash.

"I was working to get a slot on Reggae Sumfest, which can't even happen for this year again. To get in front of a Jamaican audience is one thing, but if I can prove to them, that is one of the most important things for me," S Pri told THE STAR. "My personal plan is to get on big shows like Sumfest, and other major events like BritJam and ATI/Dream Weekend."

S Pri, given name Stefan Prieler, said that after realising that listening to music alone could not satisfy the deepest desires of his soul, he set out to record and produce some of the music he wrote.

He said, "Creating the music was the first step and it was never an issue; I started to realise the challenges when it came on to PR and marketing."

Travelling to Jamaica, he expressed, provided him the opportunity to connect to the culture and music,, which enabled him to introduce more authentic character in his music.

He named Aidonia, Baby Cham, Mavado and Bounty Killer, all of whom have graced the Reggae Sumfest stage which S Pri aspires to perform on, as personal favourites.

"I am the biggest Aidonia fan in the world, and one of my goals is to have a collaboration with him," he said.

He has not yet secured any collaborations with any local acts, but S Pri is currently working on an EP which should include some of his already-released tracks, such as Cheers to Life and Vibes Up.

S Pri said that while there are guidelines as to how one should look and sound in order to achieve commercial success, "if the right and smart moves are made, there is potential to make money and maintain a good life".

"I have the potential, but in the end it's not what it is all about. I have been doing this for many years but still broke like wah, the main motivation is to get approval of the Jamaican audience and provide more authentic dancehall music," he said.