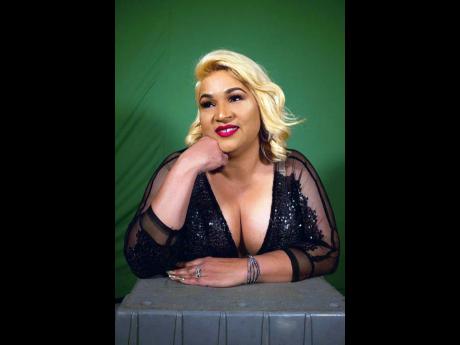 COVID-19 has proven to be a party crasher of sorts, acclaimed Dancehall Queen Carlene Smith, who celebrates her birthday today, said it does not stop her from making a wish and blowing out her candles.

"I was always the 'tan a yuh yard' type of person, so it won't be hard or a loss for me. Most times, my birthday is celebrated at home, the most memorable ones spent with Crystal (her daughter). My wish is that everyone else, Jamaicans at home and abroad, would take COVID-19 seriously, practise social distancing so we can get through this in good health. I am praying for them to get it under control and for a better Jamaica as this, too, shall pass," she said.

She continued: "I have had so many good birthdays. Being in your 40s is a great thing, and I think I am ageing like fine wine. The celebration will be limited to quarantine, playing games, or some other fun thing with my daughter Crystal, and taking part in a Sugar and Spice cake."

The businesswoman and advocate for dancehall had plans to celebrate her birthday in accordance with the Dancehall Road March, which was originally slated for July. Though in good spirits, she admitted having mixed feelings about the road march's postponement until the end of the year.

A Lot of sad events

"The universe has its own plan, and I am disappointed as we were in high gear, but it could be that the delay gives time for further planning," she said. "The death of Jodian Fearon saddens me as the pandemic has brought with it a lot of sad events, and it hurts me to the core," Carlene said. As it relates to our event being delayed, it's mixed feelings because I can't say it's one that has come for good or bad."

Fearon, 23, died on April 24 after giving birth under far too difficult circumstances. The first-time mother had flu-like symptoms, and was reportedly denied services at more than one hospital in the Corporate Area out of fear that she had the highly contagious coronavirus. She did not have the virus.

Her death has caused public outrage and is now the subject of a criminal investigation by the police. Prime Minister Andrew Holness said the outrage is 'justified' and that the Government will do everything to ensure accountability and justice.