‘Brad and Angelina have come a long way’ 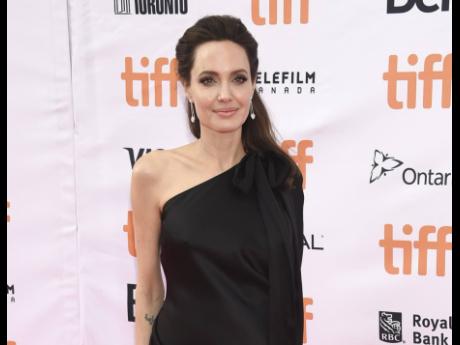 Brad Pitt and Angelina Jolie have been "getting on better" since agreeing on the custody schedule for their children. The pair split in 2016 and were legally divorced last year but are said to be on good terms after finally agreeing on arrangements for their six children - Maddox, 18; Pax, 16; Zahara, 15; Shiloh: and 11-year-old twins Knox and Vivienne.

A source told Entertainment Tonight: "Brad's kids are the most important thing to him. He tells his friends he learns so much about life from his own children. He and Angie have been getting along so much better since the custody rules have been worked out. They have come so far."

The 56-year-old actor is also "proud" of daughter Shiloh and is excited about celebrating her 14th birthday yesterday.

The insider added: "Shiloh is close to both of her parents. All the kids have been looking forward to Shiloh's birthday and plan to celebrate with a birthday cake. Brad is so proud of Shiloh and who she has become. He loves that she always stays true to herself and is good to her brothers and sisters."

The 'Once Upon a Time in Hollywood' star's marriage to Angelina, 44, was officially declared over in April 2019 and it was reported that the relationship was "the best it's been since their split".

A source said at the time: "Brad and Angelina have come a long way.

"To the surprise of many of their closest friends, their communication has improved tremendously, and they're both dedicated to co-parenting.

"Their kids have a custody schedule, and that's made a huge difference for the whole family. The schedule has alleviated any of the planning pressures Brad and Angelina have faced in the past. Now, the kids spend time with both their parents and are happy and thriving."