Matt U Johnson promotes ‘Gwan Get It’ 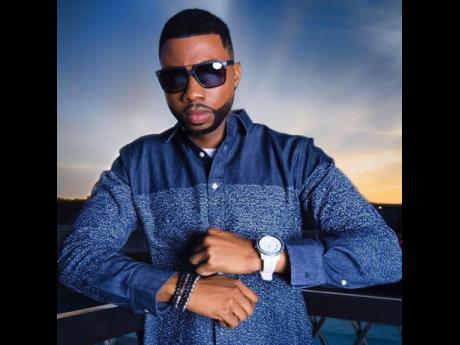 The singjay is confident that despite what is happening in the world right now, the track will be among the hottest singles for 2020.

Gwan Get It was produced by Audie Hewitt, also known as RiddimOfSoul of the band H20 Phlo from Trinidad and now resides in London, Ontario, Canada.

The track was released on April 17, and is available on all digital platforms via Sapphire/ KMG distribution powered by Sony the orchard in Los Angeles, California.

"We have been getting a great reception worldwide and everyone loves the eclectic cross over vibes of the blend of sounds in the track," Johnson said. "Fans from all over [are] messaging me saying 'It's a good look,' others [are] saying it makes them want to dance, especially the ladies.

"After all, I did this track for them."

Matt U Johnson, who hails from Kingston, Jamaica, said working with these artistes on the track was a great experience and he would do it again if he has too.

Sito Rocks is a Latin Grammy nominee from Miami who represents the Latin community, while Choclair is a Canadian hip-hop artiste who won four Juno awards.

"This single has a very wide demographic because not only is it dancehall, it's also pop, reggaeton, and hip hop," Johnson said. "It's a worldwide international record. I wanted it that way because I love the diversity. Even though I am Jamaican-American, I wanted my music to go further than dancehall."