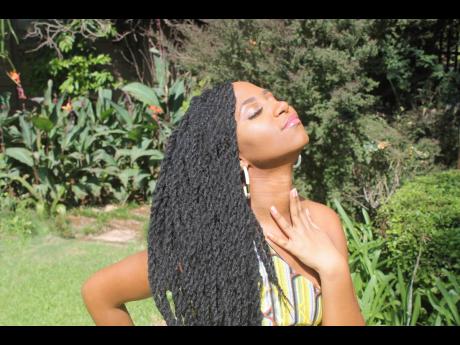 The album was released on her Baby Momma Music label, and features various genres, including mento, ska, rocksteady, reggae, and even dancehall.

Nyabinghi drumming and dub poetry are also featured on the project.

The lead single, Forever Your Girl, a smooth love ballad on a ska-infused rhythm, has already set tongues wagging in the close-knit reggae community where excellent word of mouth is the gold standard for success.

"People love the retro vibe of Forever Your Girl. When we had our album listening party, that song had everyone dancing and skanking.

We knew it would be the perfect lead single," Stewart said.

The video for the single has been serviced to the major video outlets in the Caribbean.

The album also boasts instrumentation from Grammy-winning producers Sly and Robbie. Other standout songs include the pop-influenced Kiss You Again, and the silky smooth Crush.

The COVID-19 pandemic temporarily paused promotion of the album. Stewart used the the extra time to learn a new music instrument.

"I have been adding to the wealth of my brand by learning a new instrument. It's the early stages. The pandemic massively slowed up the promotion of the album; the album launch was cancelled and many other shows," she said.