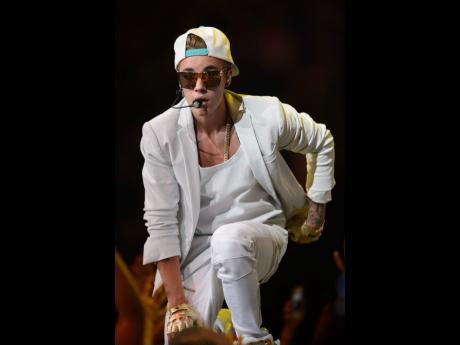 Justin Bieber has insisted that sexual assault allegations against him are "factually impossible". The ' Sorry' hitmaker was subjected to two claims on Saturday, dating back to 2014 and 2015, and the 26-year-old singer - who is married to Hailey Bieber - has issued a lengthy denial in a series of tweets in which he provided evidence that he was elsewhere at the time of the first allegation.

Bieber explained he had taken his time to respond "out of respect" to victims of sexual abuse.

He wrote: "I don't normally address things as I have dealt with random accusations my entire career, but after talking with my wife and team, I have decided to speak up on an issue tonight.

"Rumours are rumours, but sexual abuse is something I don't take lightly. I wanted to speak out right away, but out of respect to so many victims who deal with these issues daily, I wanted to make sure I gathered the facts before I made any statement.

"I want to be clear. There is no truth to this story. In fact, as I will soon show, I was never present at that location."

Bieber confirmed that he plans to take legal action against the accuser.

He wrote: "Every claim of sexual abuse should be taken very seriously, and this is why my response was needed. However, this story is factually impossible, and that is why I will be working with Twitter and authorities to take legal action."

He has yet to publicly address the allegations related to an incident in 2015, however, an insider insisted that that is also not true.