Razor B bats for fathers on new single 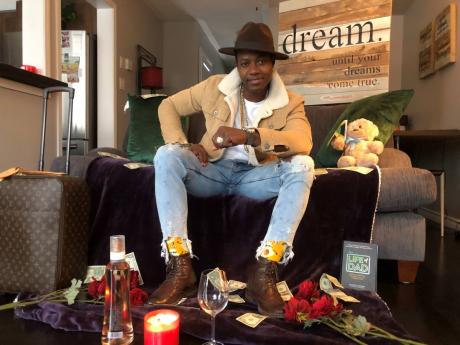 The single, which talks about babymothers who use their children as pawns to punish the fathers, is motivated by Razor B's own experience and what he believes is a reality in Jamaican society today.

"I have personally been fighting to be a part of my own son's life over the last two years, and it has been difficult. When a woman is hurt, she can become vindictive, and the child is the one who suffers in the long run," Razor B said.

While the artiste believes that there are deadbeat dads out there who don't play their role and that there are also some mothers forced to raise children on their own, Razor B has seen many cases where babymothers restrict access to many fathers simply because they have that power.

"I think this issue is more widespread than we want to admit, and that's shameful. Too many kids growing up without their dads, and it does not need to be that way. Once a dad wants to be in his child's life, he should be allowed to provide financial and emotional support to his children," Razor B said.

Razor B hopes the song will inspire conversations that will make change happen, even in the court system, which he believes is biased towards mothers.

The artiste also wants to implore mothers to put the child first when dealing with their child's father.

"If things don't work out between you and the father, don't use the child to fight. Find a way to get along and give the fathers who want to raise their kids a chance. Not just for money, but for all the things a child needs - love, time spent together, talks, hugs, and discipline," Razor B said.