Revla is ready to shine 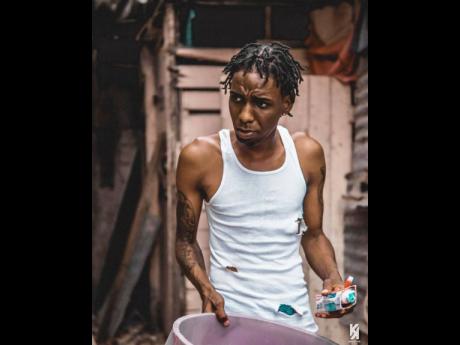 Revla in a scene from the music video for ‘I Know’.

Fast-rising dancehall artiste Revla is looking forward to a bright future in the music business.

The talented deejay, who hails from Portmore, St Catherine, is confident that he has what it takes to be the next big dancehall star.

"I have the talent to make it big in the music biz and I am putting in the work. I know that as long as I keep making good music and working with my team to put my name out there, success is sure," said Revla.

He is currently promoting the single, I Know.

"When this song was originally released in 2018, it didn't get the promotion it deserved, but now that I am in a position to promote it properly, I am doing so, and the response that it's getting is very positive," said the artiste.

The hard-working entertainer recently shot a video for the single at various locations in Waterhouse.

Relva then launched his career with the release of a single titled Start It in 2013.