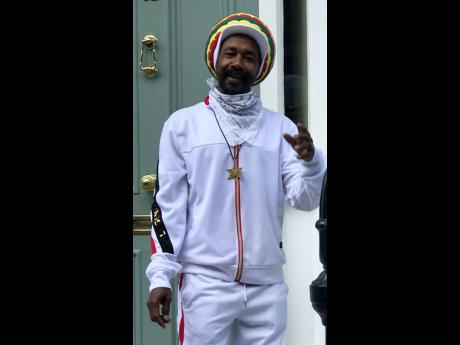 Reggae artiste Zipper Ras is in high spirits as he wraps up the production of his debut album, tentatively titled ' Potential'.

The 12-track album, which is slated to be released in September, will feature production work from persons including veteran reggae star Cocoa Tea.

"It's an authentic reggae album, with a lot of good songs. It's the kind of album reggae lovers all over the world will appreciate. I am sure it's going to enjoy a good reception when it's released," said Zippa Ras.

The album will also feature collaborations with Silver Cat and Magano.

Zippa Ras is currently enjoying much attention with the single Who A De Owner, one of the tracks featured on the album.

"I am asking a very serious question about the coronavirus in this song because I want to know what's the real story behind this pandemic. Where did the virus really come from? We need to hear the truth," he said.

He is also working on a various artistes' album which will feature songs from several Clarendon-based artistes. This project is slated to be released in the last quarter of 2020.

Zippa Ras, given name Andrew Page, hails from May Pen, Clarendon. He launched his recording career in 1988 with a single titled Sound Boy Go Home Now on the Bobby Chrisas label.