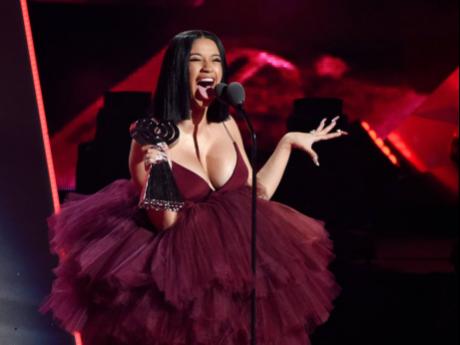 Rapper Cardi B has filed a trademark for a kids' clothing company in her own name, TMZ reports. According to the website, Cardi's new line will include clothes, onesies and bibs for babies and children.

The 27-year-old has daughter Kulture, two, with husband Offset, 28.

The Bodak Yellow hitmaker previously revealed that since having her daughter, she has learned her plans never work out the way she wants.

She said: "The biggest lesson is you're never on time. Things don't go as you plan, never! Motherhood is ... hard. People think it's easy but it's hard. We deserve more mother's days."

Cardi wants her daughter to "dream big" and ignore other people's opinions as she gets older.

Asked what advice she'd have for her daughter, she added: "No matter what people say, dream big and follow it. I wish for her to be a successful businesswoman, independent woman, a confident woman."