Dejour pours his heart into ‘Love You More’ 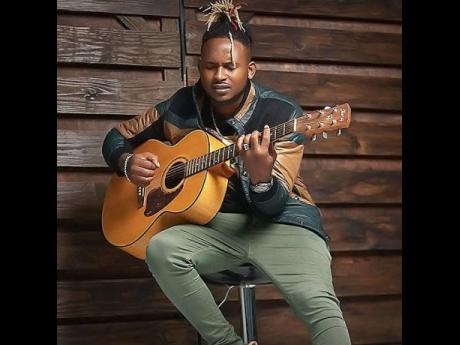 While persons show their emotions in different ways, singer Dejour Gardner decided to think outside of the box.

Love You More, his latest single, is a heartfelt and romantic ode, which showcases his vocal chops and songwriting skills.

"Just like anyone who is in love, I had to reinforce the message of how much I am in love. The inspiration behind Love You More was love. Everyone says 'I love you' to his or her spouse. I always have to think outside the box hence the song's chorus " nobody don't love you like me not even you mada da da," he said.

Timotheus Lawson produced the single, while London-based 365 Records released it in June. Gardner explained what he brings to the table.

"As a singer, I think I'm the bridge between dance and pop. I bring a different level of talent to the table," he said.

He got his break in 2014 when he entered and won KFC's On the Verge talent competition, a lead-up event to the 2015 Youth View Awards.

"Winning On the Verge, I got the opportunity to perform at the Youth View Awards sharing stage with the likes of Ding Dong and Kranium. I totally killed it on stage and it gave me the confidence that I needed," Gardner said.

Fabian Gardner, as he was christened, is from Spanish Town. The area has produced a number of top names in music, including Jahmiel, Koffee, Govana and Chronixx.

Asked if he felt challenged to carry the banner and represent for Spanish Town, he said, "I'm not challenged at all because I'm gonna carry the banner for Jamaica one day. My talent totally speaks for itself. Living in St Catherine has its challenges, but I have been around so long that I don't see anything as a challenge. It's all a part of my story."