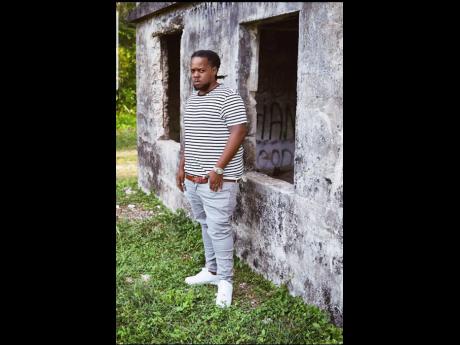 St Thomas-based recording artiste and 6iix member Shaq Star is optimistic that his latest release, Rise Up, will help lay his musical foundation.

"As an entertainer, I know that it is a part of my duty to help uplift the younger generation as much as I can through my music. Rise Up was done because I know what it feels like to wake up and not have any motivation. Therefore, I wanted to let my fans know that bad days will come but all we need to do is rise up," said Shaq Star.

After releasing a snippet of the song on social media, Shaq Star realised that Rise Up could be his breakout single and has shot a video to complement the track.

The video was done in various parts of Jamaica by Face Xpression and will premiere on Shaq Star's official YouTube channel soon.

"This song is a definite hit. Mi know mi fans dem hear it and dem proud, especially the fans dem from Seaforth that see di ting and a help support the movement to greatness. I put up a teaser from the video on social media and di amount of views and positive comments mek mi know for a fact that my time is near. Mi haffi give thanks for every team member and every supporter that sees the dream and a mek it a reality," he said.