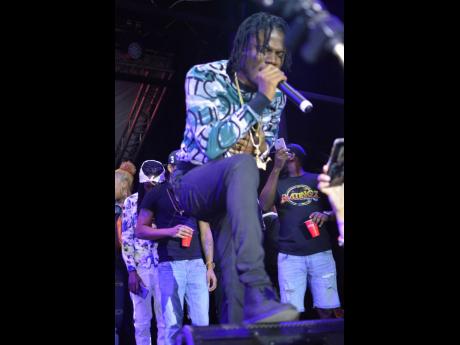 Producer Mario Dunwell of Dunwell Productions believes he has a hit with the latest Masicka single, ' Just A Minute'.

"For this song in particular, from I put together the first couple elements of the beat, I knew it was for Masicka. When he heard the beat, he started deejaying right away; almost like he had the idea in his mind waiting to let go on the right beat," Dunwell said. This is not the first collaboration with Masicka, as other releases include Roll Clean, Headshot, Closer, and Leader, done with Dexta Daps.

With the synergy that has been created over the years with Masicka, bringing Just A Minute to life was a smooth process.

"We always respected each other's work from afar. A mutual friend had put me on to his manager, Corey Todd, and from there a relationship was built with him and his team," said Dunwell. He is quite pleased with the track's reception so far.

"It has been great. It's my first release for the year due to how crazy this year has been with the pandemic. From what I see, people really like the beat and his style on the track. People generally like when he and I collaborate," he said.

Some of the label's most notable singles include Bicycle Ride by Vybz Kartel, Pon Mi by Shenseea, Weak To You by Dexta Daps, as well as various rhythms.

"I have been working on a lot of different projects. The times are very uncertain right now in the industry due to COVID, so it's hard to say what exactly I will do next. Just know, a lot of heat is in my studio right now," he said.