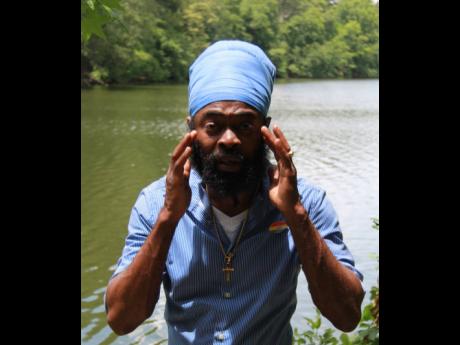 Reggae artiste Ras Fraser Jr is adamant that there's no place as nice a Jamaica.

The Kingston-born singer is currently promoting a single titled Nuh Weh Like Yaad. The song was released in May along with an accompanying video.

"Jamaica is one of the most beautiful places on Earth. That's why so many people from all over the world visit Jamaica to soak up the vibes and the culture. Jamaicans are very unique, and it shows in everything we do. Our culture is so vibrant and powerful," said Ras Fraser Jr.

The artiste is getting ready to release his third album, which is tentatively titled Reggae Meets Jazz.

The seven-track album, which was produced by Swiss producer Hugo Wolf, is scheduled to be released on August 26 by Wideawake Music and Flow Productions.

"I've stepped out of my comfort zone to take on a new genre of music on this project, and I'm very pleased with the results. Never in my wildest dreams did I think I would ever do something like this, but as a musician, you have to be versatile," he said.

The album, which is produced by Big Mills Production, Soul Fire Productions, and Wideawake Music, will feature nine songs that were done in collaboration with other artistes.

In 2009, his song Fire Man was featured in an episode on Criminal Minds: Beyond Borders. Fire Man was produced by JRK Productions in 2012.