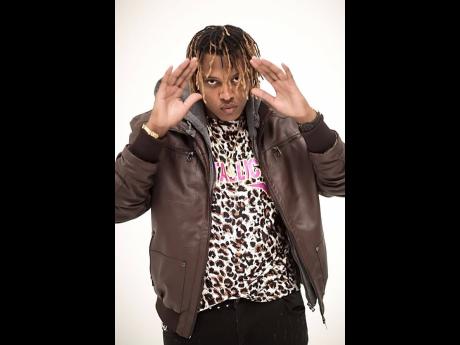 Dancehall artiste Prohgres is pumped up about the enthusiastic response to his latest hit, ' What's Life', which was released on the Teemaine Records/Headake Records imprints last month.

"I wrote What's Life based upon my personal experiences with people pretending to be friends but, deep down, realising later they are envious of you and want to see you fail," he said. "The times we are living in now, people are so perilous and evil. So I am just trying my best to send out this important message so people can look into their lives and be more careful of who and what they focus their energies on, because not everyone that comes around should be around."

The single's promotion has been boosted by the release of a video that is racking up views on YouTube.

"The response to the song and video so far is good. I just wish one day the massive will appreciate my music more, because I am doing this from my heart," he said.

Prohgres postponed his plans to release an EP because of the coronavirus pandemic.

"Right now, I am just focusing on building my fan base some more. Then at a later date, I will put out a body of work," he said.

Prohgres is pleased that he is finally getting the recognition for his commitment to releasing uplifting, socially conscious music.

"Well, I've seen a boost in my online and social media numbers since the release of previous single, Break the Chains, so I know, slowly but surely, I will get the recognition. I am aiming for greatness, and I know now that greatness takes time," he said.