A’mari refuses to do ‘Neko’ dubs for politics 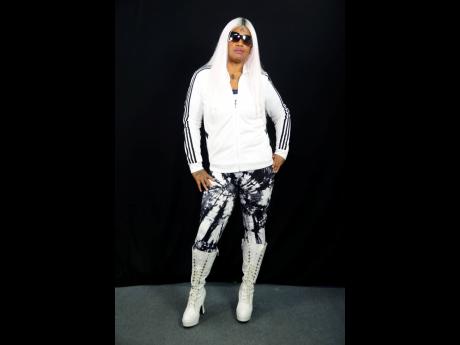 Dancehall artiste A'mari said she has politely declined overtures from political interests who want her to sing dubplates of her hit song, Neko.

A'mari said that she does not want to be involved in the controversy as politics goes far beyond entertainment.

"The decision of the citizens of Jamaica should not be based on trending hits but rather, on trending matters that are affecting people nationwide, such as not having efficient healthcare facilities and taking the most realistic measures to protect the people from the COVID-19 global pandemic," she said.

Since her breakout song began trending, the singer's management team has been fielding offers from both major political parties.

But A'mari said that dancehall, being the most popular form of youth expression in Jamaica, should also be used as a tool for higher education, political and social awareness.

"No amount of money could move me to do even one," she said. She opined that some politicians use entertainment as a major scapegoat for issues like crime.

"When dancehall makes political statements like Bounty Killer's Anytime, they ban the music," she said.

A'mari joins other musicians who have spoken out against the current trend of dubplates for politicians.

Internationally, Bruce Springsteen and Adele have asked politicians to take their tunes off their public playlists at mass gatherings.

Jamaicans are set to vote in a national election on September 3, triggering a wave of 'dubplate specials' as political candidates see them as an effective communication tool, especially in the absence of mass gatherings as a result of COVID-19, to get their messages out using social media.

However, A'mari said she doesn't have a problem with other artistes who have willingly done dubs.

"To each his own, If other entertainers want to do it, that's fine, but I don't want to get involved in 'politricks'," she said.