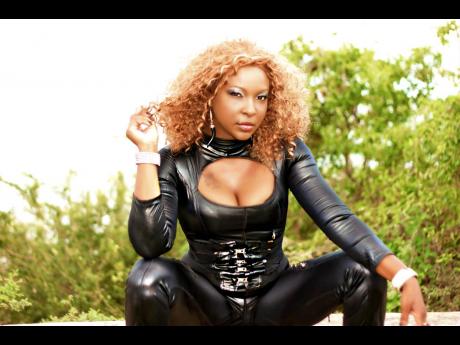 During the event, Black Queen was backed by a live band as she performed songs such as You Say, which she dedicated to her husband.

She got a great reception for the single Black N Proud which she dedicated to well-known disc jockey Elise Kelly who always sought to inspire her over the years.

"People were elated to see my transformation from dancehall to the cultural side of music. It was a beautiful atmosphere and positive vibes," Black Queen said.

Black Queen thanked all the artistes, especially her fellow female colleagues Italee and D'Angel, for their support.

"Special thanks to Italee who performed her powerful Grammy-nominated song at the event, D'Angel was a total surprise when she walked in and declared 'woman strength now' and said that she was in full support of this kind of conscious music because 'skin out' music don't go nowhere'," said the artiste, whose given name is Semonie Giles.

The EP features several standout songs such as Black N Proud' which is a response to the negative connotations that some persons ascribe to the word 'black'.

Other tracks include Thankful, and Nobody Knows My Pain, a tribute to Nicko Chromatic who passed away after losing his battle with kidney disease.