‘Rasta not in the clash business’ - Capleton speaks on Verzuz, new music, and losing mom 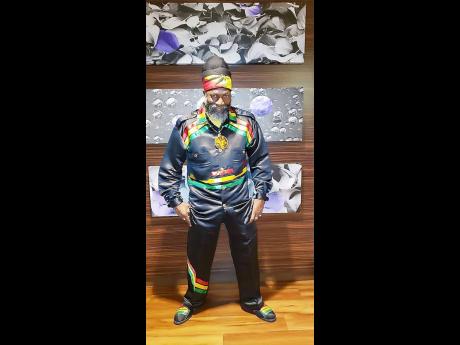 Another one of Jamaica's prolific reggae and dancehall entertainers has declared that Timbaland and Swiss Beatz's Verzuz battle webcast series would not be seeing him clash.

In an interview with THE STAR, Capleton said, "Rasta not in the clash business, and Verzuz is a clash thing."

His name was among the list of artistes who enthusiasts were lobbying to see perform on the platform in an online clash with Sizzla or Buju Banton.

"We know music is a competitive industry, but we have set a standard. Not saying I am against working on stage with a fellow artiste performing tune for tune, but the whole element and message being represented is about clashing," said the entertainer, who lost his mother in May.

Capleton and his mother, Mabel Downer-Forbes, had a close mother-son relationship and he said she was very instrumental in his life and career, as a constant inspiration.

"It has affected me deeply; losing a mother is like losing everything, but at the end of the day we just have to grow and live with it. I live like she is still around and find comfort from the memories, because she leaves a great legacy," he said to THE STAR. "One of the biggest lessons I learned from 'Mama Shango', 'Mama Live' as I and people close to her call her, is to always look out for mankind, believe in the acts of God, and to love. She was always giving and sharing."

The That Day Will Come artiste says the message he has dedicated to spread is that of hope, something else his mother embraced in her life.

He said, "Six days before my mom pass, I was on the highway and one of my tyres blow. It was a brand new tyre at that. I have had life-threatening experiences throughout my life so many times. But I was always encouraged by Mama Shango to move forward."

The artiste released Mama Lives, a tribute song to his mother and all mothers on August 14, then Have Some Hope on September 11, which he anticipates will spread positive energy to his supporters. Capleton has also been busy promoting his Vevo page, urging people to subscribe and promising more diversity in the content.

His latest single, Talk Dem A Talk, puts the spotlight on pivotal topics surrounding Rastafari, the music industry and the world, while saluting dancehall and reggae legends like Shabba Ranks and Garnett Silk.

"It is promoting original dancehall. As Shabba (Ranks) said, 'deejay ears lift up when them hear boom riddim'. I hear it and love the beat and improvised on the track. It is all about longevity and that's why I am bigging up the legends, from artistes to those who fight for human rights on the track," Capleton said.