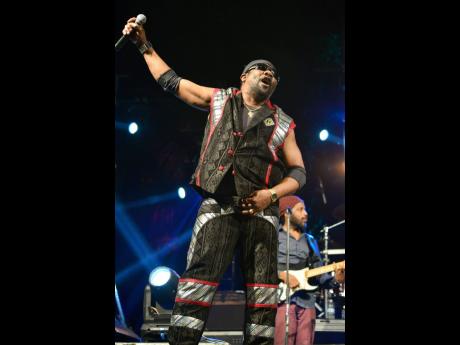 At least one family member of late reggae icon Frederick 'Toots' Hibbert is lamenting that the legend will not be buried in his hometown of Treadlight district, May Pen, Clarendon, today.

Instead, a private thanksgiving service would be held at Perry's Funeral Home chapel outside of Spanish Town, St Catherine, starting at 11 a.m. Interment follows at Dovecot Memorial Gardens in the parish.

But Wilbert Hibbert, a nephew, said his uncle "would have wanted to come back home".

Sings about the country road

"He sings about the country road in one of his biggest songs, and he is always visiting us down here. Him never leave us out," said Wilbert. "But from Miss Doreen dem [Toots' widow and some of the children] come down here and choose the land couple weeks now, we don't hear not a word. No grave digging not going on down here and everybody in Treadlight -- my mother, sisters, my aunt -- ah ask me what is happening." Wilbert said

Meanwhile, Camille Buchanan, public relations manager for Perry's Funeral Home, said it was a privilege to be involved in the final send-off for the late musician.

She stated that they have been working along with Hibbert's family to ensure that he gets a farewell he truly deserves.

"It is a pleasure that we were chosen by the family members along with the entertainment ministry who recommended us to be part of the final farewell. Persons may be aware that Mr Perry is also involved in the music industry and is a lover of music and he has a large collection of Mr Hibbert's music over the years, so it is indeed a privilege for him and we are pulling out all stops as we have always done in the past as we understand the tasks that we have ahead," she said.

Like other burials, only 15 persons would be allowed due to the COVID-19 pandemic restrictions.

"Mr Perry takes that order very seriously and it's not just for Mr Hibbert but for funeral in the past," said Buchanan. "We have had several meetings with the family and they are a very big family but everyone understands that we have to do our very best to ensure that all the protocols are observed."

Hibbert, 77, died at the University Hospital of the West Indies on September 11, nearly two weeks after he tested for COVID-19.

Tributes came pouring in from members of the music industry both locally and internationally. Major newspapers and websites paid tribute to the Jamaican music icon who is credited with naming the genre reggae. Hibbert won a Grammy Award for Best Reggae Album in 2005 with True Love and in 2012, was awarded the Order of Jamaica, the country's fourth highest award, for his contribution to Jamaican music.