No issues with Skillibeng – Unknown Gringo 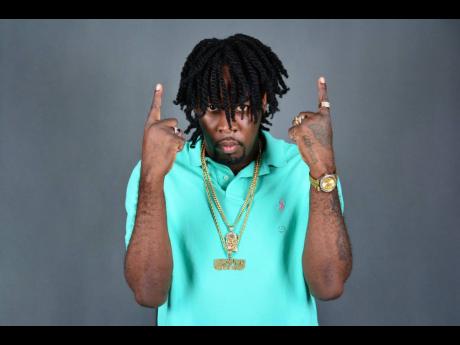 Earlier this year, Unknown Gringo, with the release of the music video for his single Coil Pon Coil, found himself defending the originality of the lyrics, which were dubbed an imitation to Skillibeng's summer 2019 hit, Brik Pan Brik.

Speculation grew that there was an impending feud between the two. But with the release of a collaboration between the dancehall entertainers, those views are gradually changing, says Unknown Gringo. The collaboration, titled Careful, was released a week ago on the deejays' respective Vevo channels, accompanied by a graphic animation video which has collectively received close to 250,000 views.

"There was never any issue between Skillibeng and myself. The track was just two raw talents finding an interest in the same riddim, likewise for the collab, and a connection was made and the rest is history. Any misrepresentation came from unprofessional critics and the media using click bait tactics to gain recognition. Like the lyrics say, careful how you call names," Unknown Gringo he told THE STAR. "It is violent and speaks to a reality that many are subjected to on a daily basis. However, my fans know this is strictly entertainment and the gore-filled lyrics are not new to dancehall culture ... it will still be a part of it when I am gone, too.

Unknown Gringo used to go by the name 'No Face Unknown', and wore a mask when he performed. He says that he is no "foreigner" (translated in Spanish as gringo) to the themes in dancehall music, and that his lyrics continue to be inspired by personal experiences.

"My upbringing was no different from any other poverty-ridden Jamaican child, and that is my driving force to make sure I educated the upcoming generation about owning your own and not only making, but saving your money in the process. I would never want another youth to go hungry for days, like I once did," he shared.

The deejay, who was raised in Flankers, made his Reggae Sumfest debut last year, a performance which he says earned a new fan base and increased his following.

"Along with my true identity, the true intentions behind each of my songs have improved my transparency in dancehall and that's why people are having a more emotional connection while listening to my music," Unknown Gringo said."I always look forward to performing for my fans, regardless of [it being] a small setting or huge platform like Reggae Sumfest, and I miss performing for the people. I look forward to covering all the premier dancehall events in 2021 and garnering the support."