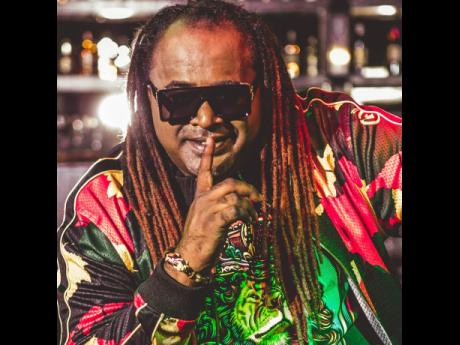 Malaysian reggae and dancehall artiste Sasi The Don is hoping to bring the reggae exchange between Malaysia and Jamaica.

He makes a strong case to make this a reality with the release of his upcoming sixth studio album, My Second Wave.

The album is due out in a few months, and to get that authentic Jamaican flavour, he called on a few friends in reggae music.

"What I'm about to create with my sixth album, Second Wave, is to build that bridge with that heart of reggae music and do more with Jamaica and the Caribbean. I also want to do more with reggae artistes in Jamaica and around the world," he explained.

Ocho Rios-based musician Taddy P worked on the first single, Humpty Dumpty, which will be out in early December. It was written by Sasi The Don and he shares co-production credits with Malaysian producer and frequent collaborator D'Navigator.

" Humpty Dumpty is about making crucial decisions in life. It talks about what has been happening environmentally and politically," said Sasi The Don.

Growing up in Malaysia, Sasi The Don was influenced by reggae music at the age of 12. He knew from then that music would have been his calling.

"My love for reggae began in 1990. I have always had a lot of love for the music and I picked reggae in particular. Initially, I wanted to pursue a career in marketing and advertising. However it was engineering that I studied in college," he said.

"Shaggy was a big influence back in the day for me. I grew up listening to him, Apache Indian, Maxi Priest, Diana King, Super Cat, Bob Marley, Inner Circle, Ini Kamoze, and Jimmy Cliff."

Sasi The Don has done work with Universal Music India as well as Sony Music International, among other record companies. He said that he hopes to be a part of reggae music's growing global acceptance.

"I bring a whole new experience to the table, a whole new level of influence and diversity. Me being in Malaysia, we share a lot in common with Jamaica and the Caribbean. I have been working with Jamaican musicians and ... we can understand each other easily in music," he said.