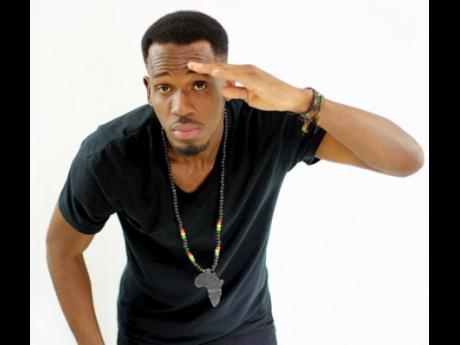 Earlier this week, deejay Nowlege topped the US iTunes reggae chart with a remix of Big and Heavy, which features veteran dancehall deejay Burru Banton.

"Saying I'm happy would be an understatement. There's just a lot of emotions that I can't even explain. But to know that this icon is on this track with me, I'm extremely humbled," Nowlege shared. "We wanted to add something more to this song. Burro was the first person who came to mind since this was kind of his style, so we reached out and he liked the track. We communicated back and forth through the whole process until it was perfect."

He noted that his team had never worked with any artiste like Burro Banton before.

"The way he recorded his songs and his preparation is top class. I learned a lot during this time," said Nowlege. Big and Heavy is the title track from Nowlege's album, which was released in July. The album entered and peaked at number 11 on the Billboard Reggae Albums chart in August.

He said hitting the charts was the furthest thing from his mind while putting the body of work together.

"This was a huge surprise, but I am grateful for all the support that I have been receiving so far," said Nowlege.

Big and Heavy has eight songs and collaborations with reggae acts from the US midwest. The first single, Reggae Music, featuring Skillinjah, reached number 12 on the US iTunes Reggae singles chart.

"It's a great feeling to know that people love my music to go out and support it. For an independent artiste like me, this signifies that without any major label or network of people behind my career, I am able achieve chart success. I mean, being on the same chart as Bob Marley, Buju Banton, Sean Paul and Shaggy is an achievement in itself," said Nowlege.