Humpty Dumpty is back on the wall 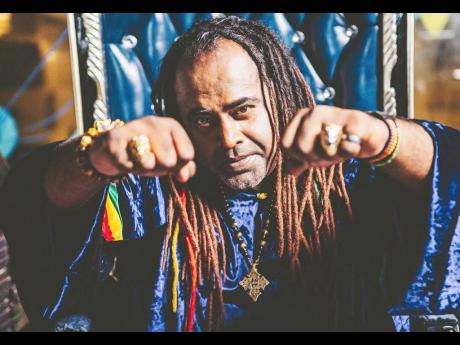 The song, which is one of the featured tracks on his soon-to-be-released album titled My Second Wave, has a strong dancehall flavour.

Ocho Rios-based musician Othniel 'Taddy P' Campbell is one of the musicians who worked on the single.

Sasi The Don hopes that Humpty Dumpty and its accompanying video will help to bring happiness and good cheer to people all over the world during the festive season.

"I believe that Humpty Dumpty tells a tale that everyone can relate to especially in this time with all the upheaval that the COVID-19 pandemic is causing. It has affected everyone in some way or the other. People have lost loved ones, some have lost their jobs and many businesses have closed down. However, I believe that we can put everything back together again, that's the theme of my song," he said.

Sasi The Don describes the video for the single as magical.

"We collaborated with a very big production company called BookXcess. The video was filmed at their venue Sunsuria, Setia Alam in Malaysia. Together we were able to create a magical video. The video also features my daughter, some of my nieces and children of my friends. It's a very fun video, it's whimsical and exciting," said the artiste.