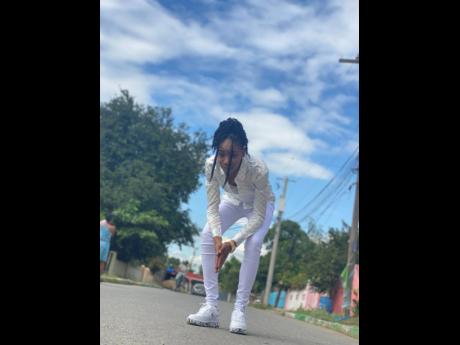 Producer and artiste manager Romaine Brown is marking off some of the tasks on his 2021 to-do list, starting with the signing of the first act for his Luigi Society label.

The artiste, Lavisch, formerly known as Passion, told THE STAR that being attached to a label is a rung on the ladder of getting her name and music recognised.

"Not saying that recording artistes need to sign to a label that is well known, but one that will go the extra mile by making moves in the right direction, correctly, and in a way weh people can seh, 'This do good enuh'. It's not about who hot and who know who. You have to start by taking small steps and build that team that knows when it comes to business, it's business done properly," Lavisch said.

Lavisch, given name Brittney Marshall, hails from Waterhouse, which she credits as the initial influence in her choosing music as a career, with it being a creative hub.

It was at a community event where veteran dancehall deejay Bounty Killer, after hearing the singjay, told her she should consider a different name, because of her performance style and sound.

"I was 17 years old when Bounty Killer give me my official name right there in the community, but I knew I wanted to do music from grade six," she said, adding that she started recording music as a child, but her first official track was a tribute for fellow Waterhouse product Shelly-Ann Fraser-Pryce. It was recorded and produced in 2016 by Daddy Nick Productions.

Her breakthrough single, however, came three years later in 2019 with Blessings, produced by Picante Music.

"I like to say that music chose me, because even when I am not good with words speaking, it is different when I open my mouth to sing - it becomes more of a spiritual thing for me. People would have seen me more, or heard more of my vocals in Blessings, and the latest project with Luigi and TifahTheQueen, Better Days, makes me look forward to greater things," Lavisch shared.

Brown, who has managed Munga Honorable for the past 10 years, added that, "for labels signing artistes or talent, it is important to look at the talent first - the individual must have something that you can develop."

"It is a delusion that a label or producer must find an artiste that is a hot ticket to make it in the business. A person can be born tomorrow and develop deejaying skills. But the first time I heard Lavisch was through studio engineer Junior Bloodline and DJ Tallman of D Unit, and her voice is not something you can learn, that is from father God," he continued.