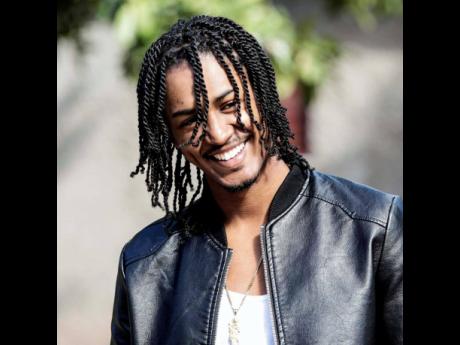 It is not common for dancehall artistes to express their feelings for that special someone in their music, but singer Deep Jahi shares his emotions on his latest single Inseparable.

"Difference is what stands out and Deep Jahi always instils some level of substance within the music. The song Inseparable is relatable because every man has a woman he considers to be his," he explained.

The entertainer, who is known for his conscious and gritty lyrics, says he has gone beyond the ordinary to impress his significant other.

"Crazy wouldn't be the word but I've done some very nice things, I'd say," he laughed.

Deep Jahi is pleased with the response to the song. Since its upload to YouTube on January 8, the video has received the thumbs up. The comments have all been positive.

"Motivation is definitely a strong word in relation to the work. That's a quote from a previous song. So yes, the positive comments help as a catalyst towards the journey," he said.

Deep Jahi, given name Rushane Sanderson, is originally from St Mary. He shot to fame in 2012 when he won the Magnum King of Dancehall competition. Two years later, he won the Jamaica Cultural Development Commission's Festival Song competition.

"For 2021, I'd definitely like to be the breakout artiste with many number one songs as the year progresses," he said.