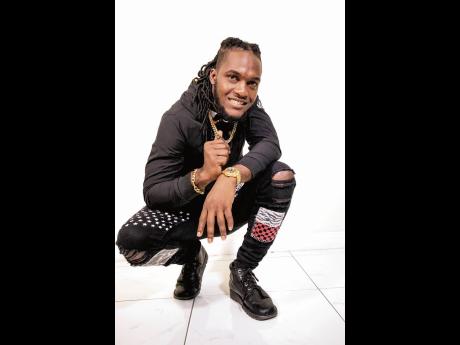 Dancehall artiste PG Million is banking on the success of his latest release, Fake Fully.

"I added a suffix to the word 'fake' and came up with it. I wrote the song because of a trend, a movement I see happening in our society. Some speak out, some hold it down, but I wanted to address it. I have been a victim of betrayal, and it seems you don't find people who are loyal any more," he said. The single was released on December 12 and the video has racked up thousands of views.

PG Million is also known for the single Man of God, a song which reflects his spiritual mindset.

"I am a biblical person. As a kid, I attended a pentecostal church in Lamb's River, close to Belvedere (Westmoreland), a church my grandfather built. So I keep up certain morals and standards, even though I am doing dancehall music," he said.

Asked about his unusual moniker, he said it is just a name "to identify me, to show I am unique, one of a kind".

"PG is an acronym for Progressive General and the 'Million' is about attaining certain goals in life, not just literally acquiring money," the 25- year-old artiste said.

His first recorded song, Destiny, was never released. PG Million, given name Davian Keifer Gray, was later discovered by an agent of Yaad Boiiz Records and he has been making progress ever since.