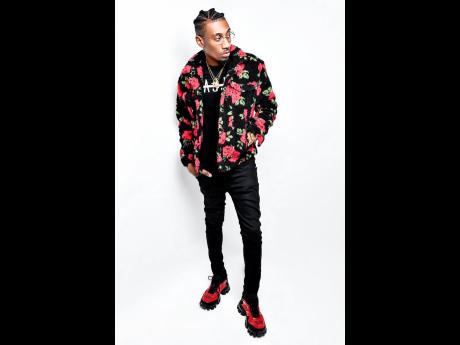 Recording artiste Ajji says he has been fighting a series of battles with so-called friends, some of whom he says that he has discovered to be disingenuous.

"Since the success of Live For The Summer, the dynamics amongst people who I thought were friends have changed," the young artiste said, adding that "jealousy and pretentiousness" are some common traits he has noticed in these persons.

"Imagine, I've known many of these persons for years and thought they had my best interest, only to find out they would rather see me fail than being happy for my success," Ajji said.

Ajji said the way in which his so-called friends reacted to his success sent him into introspection. He has since penned a thought-provoking track, I Pray. The song was produced by Florida-based recording imprint Barkley Production. The official video for I Pray was shot in New York City by Porti Multimedia.

Ajji said that one of the principal take-aways from this whole experience is that success has enlightened him to be wary of people and draw closer to God.

"I am a God-fearing individual so for me, instead of becoming sinister towards people, I try to adopt a positive approach by praying more and strengthen my relationship with God," he said.

Ajji said that last year "was a very challenging year for everyone, and despite the obstacles, I was still able to find one of the year's biggest anthems for that period". "So regardless of how others may perceive it, I have to be thankful for my blessings."