Deno Crazy getting into music production 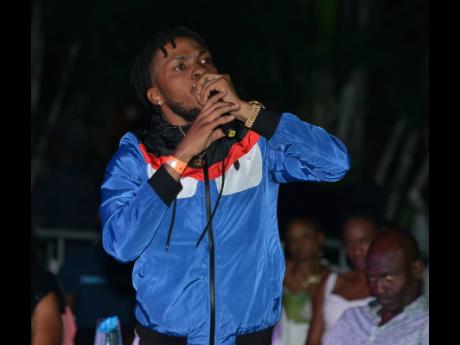 Social media sensation Deno Crazy says he has plans to get into music production and is already setting up a recording studio in his hometown of Linstead.

"I am a comedian but mi always love music. It inna mi family and so I was into the music thing from a tender age and den mi come a town and see people a build studios. Me start learn about the recording process and thing and me start say 'eeh a so music voice and dem thing deh' and so mi forward back inna my vicinity weh mi grow up and decide a yah so me wah set up my thing," he said. "I already had a couple pieces of equipment but mi end up buy a few more so me can set up things the right way, like a proper mic and an interface because those are key when you have a studio. People already start recording there and thing."

Deno Crazy said the reaction from the youth in the community has been overwhelming.

"Me coulda live a town and not come back to this community, but it was a pleasure to forward back and start with the people weh mi start with as a comedian. And trust me, the people in the community are grateful for it," he said. "This is my give back to the them especially the one dem mi see have talent and nah really get the strength and highlight certain way."

But in addition to recording young artistes, Deno Crazy says he also hopes to voice established acts once his new studio is full ready. Well aware that with the music landscape being highly competitive and extremely political, he says he knows getting big acts to voice for him would be a challenge, but he is ready.

"It's a very sticky game. Mi know it rough, it nah go come easy and it's going to be a challenge but I am ready," he said. "Mi is a yute weh weigh all the pros and cons before me start anything, innu. Sometimes mi dawg dem say mi negative but a nuh really negative, mi just a be realistic. I have to think about all possible outcomes because mi know how the industry set up. The music thing can be very tricky so yuh affi be prepared for anything."