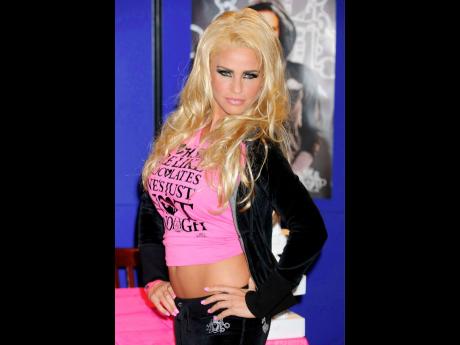 Katie Price wrote a goodbye letter to cocaine following her rehab stint in 2018. The 42-year-old star entered The Priory for "severe traumatic rehabilitation" and has admitted she doesn't know how she found the "strength" to confess to her self-medicating.

Speaking to The Times newspaper, she recalled: "People around me were doing stories that just weren't true, and I'm trying to get up for air and then I'm being knocked down. It does get to you in the end.

"And because I've got five kids, I thought, 'Oh my God, I can't do this.' I didn't know how to deal with everything. I just wanted to sleep. I wanted to shut things out. I went to the doctor - I don't know how I found the strength.

After coming out of rehab, Katie decided to write a goodbye letter to cocaine.

The letter reads: "You'll never get the better of me again."

Katie discussed her self-medicating behaviour on 'Loose Women' back in 2019.

The TV star is now glad that she was able to confess to her struggles.

She shared: "My family and friends were hurt, they didn't know what to do. All these years in the industry I never have [done drugs] but I purely did it to self-medicate.

"I went to the doctors and told them the truth ... self-medicating on drugs really, it was disgusting, but it was my way of dealing with it. At least I can hold my hands up, if I didn't speak out now, I would still be in a rut."