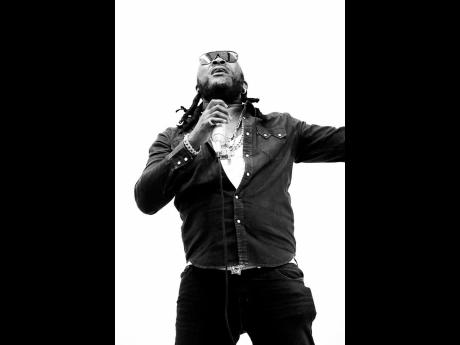 The deejay says since the release of the song, many people have been speculating whether or not he has converted to the Christian faith.

"I wrote this song after my mother passed away last year. It was one of the saddest times in my life. My mom (Beverly Larmond) had eight of us, and our dad died when I was very small. It was not easy for my mom to raise all of us, she had to send me to live with my grandparents in Royal Flats in Manchester. But she was always present in my life. We were always close, so when she died it made me very sad," said Hype Type.

He said that dancehall artiste Thugsy Malone gave him the rhythm shortly after Larmond's passing.

"I couldn't find a song for it right away; but one day while I was at work, the words for the song came to me. The same day I went to the studio and recorded it, with tears in my eyes. At one point, I was so overcome with emotions that the engineer had to stop the session. But I was determined to record the song. I told him to start the rhythm again and I completed it," said Hype Type.

My God Love Me was produced by Thugsy Malone on the Black Gospel rhythm. The song was released a month ago on the DGP imprint.

Since then, it has received widespread airplay in Jamaica, Bermuda, the US, and England.

"I am thankful for all the support my song is getting from DJs all over the world. I have to thank everyone who is supporting my career," said Hype Type.