Chrissy J serenades with Your Touch 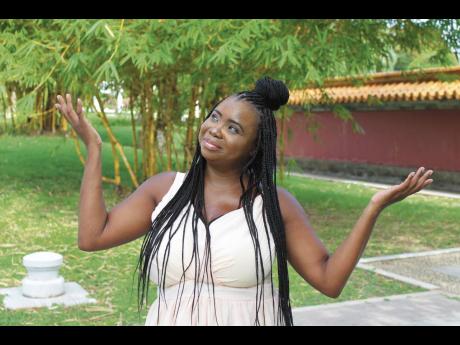 It's been a long journey for gospel singer Chrissy J. After a long battle with health issues as a global pandemic raged around her, it was her unstinting belief in God that sustained her through her struggles.

"God is my everything. I have an affliction called GERD (gastroesophageal reflux disease). I was short of breath a lot, spiritual battles, I had all sort of anxiety issues. I was so ill I couldn't go to school for several days, it felt like my legs were shutting down. I had to get medication ... prayer brought me through. The pain was so bad it was something I wouldn't even want my worst enemy to go through, but my God sustained me, and saved me," the 38-year-old guidance counsellor-teacher said.

After her ordeal, Chrissy J recorded and released a single, Your Touch, which was released on the Smartkid Records label in November 2020. The song is written in romantic overtones expressing her for love for God, to whom she gave her life 20 years ago.

"It's my first intimate song. I wrote it at a time when everyone was singing love songs to their partners. I saw that in most cases, men fail, a lot of relationships were just not working. So I asked 'why sing to persons who fail'? I said to God, 'I want to sing passionate love songs to you'. I wanted to sing intimate songs to Him," she explained.

Christians are often more fond of worship songs than other forms of gospel tracks, but Chrissy J said her fellow church members at the Victory Deliverance Centre on Molynes Road, St Andrew, have been very supportive.

"The church members have been great, they have been sharing it. Love for God takes many different forms. If you read the book of Solomon, you can get to some levels where that love is so passionate; I know what it means," she said.