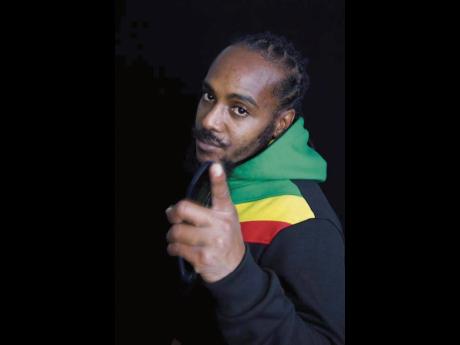 Recording artiste Kisko Amar-I is in an upbeat mood as he works towards the completion of his debut album.

The 10-track album, which is slated to be released later this year, will be his first full-length roots-reggae project.

"Last year when I released my debut EP titled Promise, most of the songs on it were dancehall. So I want to give the fans something different with my album. I'm a versatile artiste and I want to show my fans what I am capable of by doing a very potent reggae project," said the artiste. The album, which is still in the works, will include some of his previously released songs, along with new ones.

"The production process is going smoothly. So far I've recorded some nice new tracks that will be featured on the album along with some of my previously released singles. Everything is coming together nicely. We haven't set a release date as yet but I would like to have the album ready for release before this summer," said Kisko Amar-I.

He is currently promoting a new single titled, Better Now. The song, that was produced by him, was released on January 1 on his Kisko Amar-I Music imprint. A video for the single will be released soon.