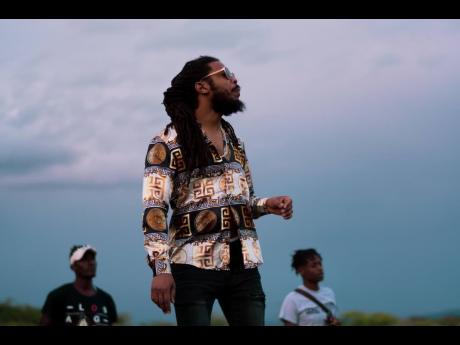 Since his emergence on the local music scene in 2013, Mikki Ras has been working hard to establish himself as a household name in Jamaican music.

The Clarendon-born singjay made his breakthrough in 2017 with the single titled Rude Boy Skanking, featuring Jah Cure. Since then he has not looked back.

Last year, after a brief hiatus, he returned to the spotlight with the release of a single titled Suffer No More.

"Right now, my career is on an upward path once again and I don't intend to slow down. Since I released Suffer No More, I've been getting a lot of requests to record for various producers. I've recorded over 50 new songs since the outbreak of the COVID-19 pandemic. I'm not letting anything stop me from moving forward with my career," said Mikki Ras.

The hard-working entertainer is currently working on his debut album titled Hand It Over. The 10-track album will feature work from several producers, including himself.

"This album is going to be something special for the fans, they're going to love it. All the tracks have been recorded already, and we're currently in the process of selecting the best 10 songs for the album. The release date has not been set yet, but I plan to drop it very soon," said the artiste.

Mikki Ras is also promoting a slew of new singles, like Out Your Mind, Young and Great, and Over Time. The video for Suffer No More is slated to be released in March.