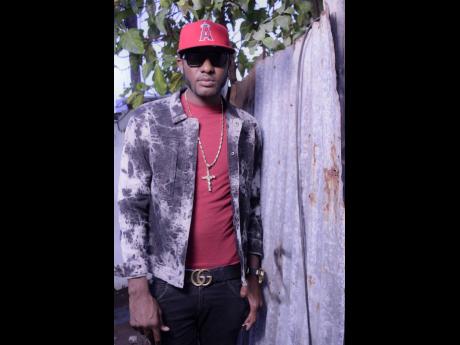 Former Alliance artiste Iyara, given name Eric Somers, is making strides for 2021 with the recent release of a collaborative effort with Maddwasp titled Simple.

The song, which is produced by Up to the Time Records, is a breakthrough for the up-and-coming Maddwasp, given name Lennox Hanse.

Iyara said that Maddwasp has loved music from schooldays, and has always been around his career "from day zero".

"But 2021, me and my team decided to bring Maddwasp to the stage as the first young artiste from my OWNWAY camp, and it has been great so far," said Iyara, adding that Simple "a bun up road".

It has received thousands of views on Iyara's Vevo channel, and the official audio and music video was released on February 5.

"Even though the streets are closed due to the pandemic, the song is still playing on the radio daily; every shop and every bar," said Iyara. "The song is about Iyara and the entire OWNWAY team, where we achieved their goals to get wealthy and can afford the flashy lifestyle, but we still roll simple."

He said the current situation due to the COVID-19 pandemic has only made him stronger.

"This pandemic taught me to believe more in teamwork, because it can make dream work. It also taught me that it's good to learn how to fend for yourself; it's a great feeling," he said.

Iyara said veteran artiste Bounty Killer has had the greatest impact on his career thus far, as he taught him to master his delivery. Iyara, who is known for songs such as My Glory, Neva Neva and Surprise, also had encouraging words for aspiring artistes.

"My words to young artistes is to believe in yourself, have an open mindset to learning, lock out negativity and work hard," he said.