Germane looks to educate through music 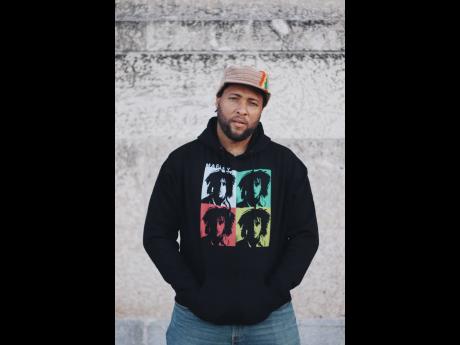 Recording artiste Germane is literally a teacher first, who is now using music as his medium to educate.

He launched onto the music scene with his first single I Can't Breathe, a song that dissected the issue of racism following the killing of George Floyd. This single got selected to play at last year's Nuit Blanche Art's Festival, hosted by the City of Toronto. Germane followed that up with a pulsating track called Crime Plan, that calls on the youth to work together and build up Jamaica, and not allow corruption and crime to lead them down a pathway of destruction.

His latest single, Jamaica's Prayer, picks up right where Crime Plan left off. The song is a soulful dancehall track that asks for divine intervention to stop the senseless killings in the country. The song recalls Marcus Garvey as an example of Jamaican strength and integrity, and acknowledges the feat of emancipation from slavery, reminding each young Jamaican of their inner potential. Its refrain ominously warns of the perils that a life of crime and violence brings, but suggests prayer as the intervening force before those perils come to pass.

Germane got into music based on the encouragement of his students. He was teaching at Dene High School, Saskatchewan, Canada, when he wrote his first song. He wrote it to encourage the students to use music as a means of telling their own story about social issues which concern them. The students, in turn, asked him to pursue his dreams of making music.

He got hooked on the idea and has not stopped writing songs since that time. Germane's diverse musical interests seep into the music he creates, and he has already written songs across three different genres. The word 'germane' means 'relevant', and the artiste is determined to make music that will remain relevant for years.