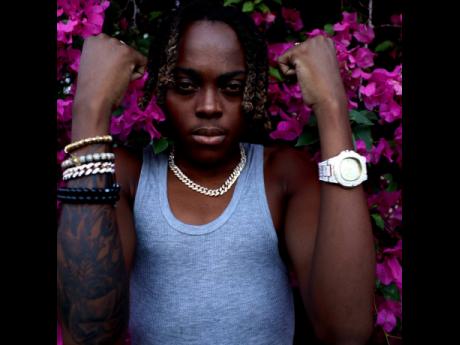 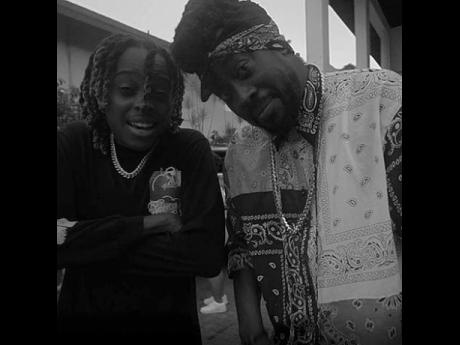 Even as he looks to establish his own legacy, up-and-coming recording artiste Moses Davis Jr, son of dancehall icon Beenie Man, admits that he is not opposed to using his father as a sounding board occasionally.

"He is my father first, so we do have heart-to-heart conversations," he said. "We speak to each other like two big man a reason. The one thing he has said to me that I continue to remind myself about is 'whatever you want to do, give it your all' and to be honest, there was a time I never thought I could get to this point."

Moses, which is the name he uses in branding his music, is working through a strategy to stamp his name on the local reggae-dancehall scene and introduce his music into mainstream market. He told THE STAR. "It's a constant push and I'm grinding away, writing songs and practising to make perfect to get to where I want to be."

He says there is nothing that makes him uneasy about expressing himself in a natural way, that includes reeling off a few expletives in music, even in his dad's presence.

He said "It's not like I am a young child anymore. Why should I find it uncomfortable to do?" But persons who watch the music video for his latest single Live Life are likely to catch one or two moments when Beenie Man may have raised his eyebrows.

"Pushing the boundaries for artistic expression has always been a signature part of dancehall music or music in general and when we speak is like we on a level and he knows I have respect for him," said Moses. He suffers from sickle cell anaemia which caused him to be hospitalised last November, sending the entire Davis family into prayer mode. In Live Life, he makes crafty references to presenting a ' style so sick, it probably need some penicillin', and for the visuals, his dad and sister Desha Ravers make appearances.

"I have been good so far, no painful crisis, and I am making use of my time to listen rhythms, write songs and make music, just keeping myself occupied," he said.

Music is the only thing on the table right now, he said, and while he calls himself 'The Prince', Moses knows he has a long time before the dancehall community dubs him royalty.

"I know I have to build a reputation but it's not on the basis that I will need to prove anything now... . There is a legacy built, but one of my own will develop down the line when I am established by making albums because I don't plan to quit now. Entertainment is where my passion lies," he said.