Yaksta wants youth to have ‘ambition’ 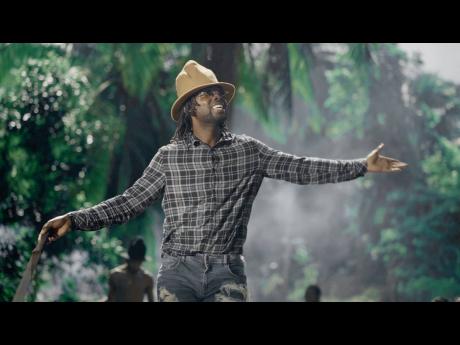 Reggae artiste Yaksta, aka Bush Lawd, is delivering a timely message of hard work and perseverance to the youths with his new single, titled Ambition.

"Today, as a society, we focus more on the flashy material things and what is more expensive. I am standing from a different viewpoint. I believe that building generational wealth and focusing less on the expensive materials are steps in the right direction. This is for young and the young at heart," Yaksta said.

Yaksta asks some compelling questions to get the youth to eliminate the irrational desire for designer goods and material objects that often drive them to commit crimes of opportunity and design. He deejays:

" Boasting about name brands, weh cost over 8-grand/when Mr Chin have the same one fi di cost of straight pa nts/Why own a Ferrari with nowhere to park it? /Why shop a Louis V when there is a Target?"

Yaksa believes that there must be a paradigm shift in the minds of the youth, if there is going to be change in the right direction. Ambition is the first track off the compilation Africans for Africa, slated for release later this year.

Yaksta said that he has "three hard drives" of unreleased demos. He said that he owes much of his success to the savvy marketing employed by his management who used a series of music videos that have enhanced his visibility. Yaksta has also turned his rural origins into a brand, and started a 'bush movement' which puts a positive spin on the narrative of people who come from rural areas. He has been churning out a rich vein of songs across genres of ska, and reggae over the last couple of years.

Yaksta, given name Kemaul Martin, experienced hardships and financial problems while growing up in St Mary. Music was his escape route where he found solace in writing songs. After working in the hospitality sector at various spots, he decided that music was his true calling.

He scored his first major success with Home in 2017, which racked up more than one million views on Facebook in less than six months.