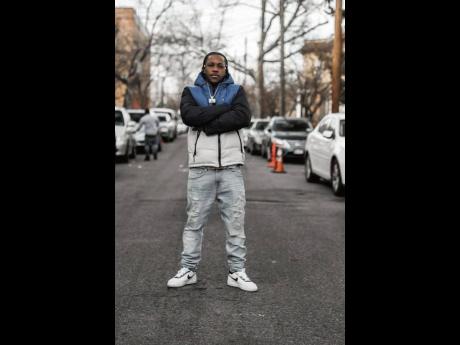 Recording artiste Island Boii is upbeat about his latest single, Brand New Style, that was officially released on February 13.

"This song speaks about girls but it's more about the lifestyle I aspire to live and also the life that a lot of people dream about living," the artiste explained. "It has that melodic kick to it where once you hear the track, you'll notice it's totally different from what you usually hear from a young, upcoming dancehall artiste." The accompanying music video was also premiered on February 13, and was directed by Pooch Studio.

"I believe that the feedback has been so good because the song was released with a video. People got to put a face to the voice and to see what I had to bring to the table," he said. The video has already gained more than 23,000 views since its release.

"I felt the energy and potential that the track had way before I released it, but the support has been tremendous. I felt it but it was also unexpected and I'm getting a lot of positive feedback internationally, in addition to the local support. The track is getting played repeatedly, so I expect that this track will give me a highlight in dancehall and boost future projects I will be releasing very soon," he said.

Brand New Style is the latest project to follow his Road To Success album. The 17-track project was released on January 1, and features singles such as Pain and Struggle, Rich Lifestyle and Fall In Love.

"I gained so many new supporters since releasing my first music video. So going forward, just expect a lot of new songs from Island Boii and my songs will live on forever," he said.