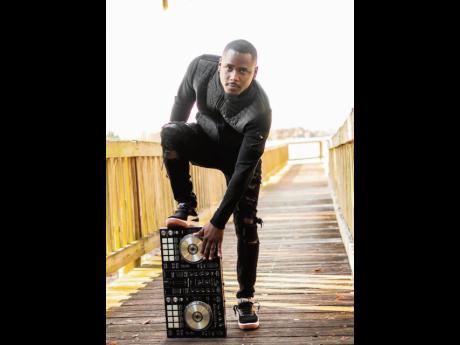 Producer DJ Kemmo says he hopes to bring a change to the area of music production.

"I saw where the authenticity of the genre is lacking. I saw an area of opportunity for change and I felt like the spice that I add to the scene can make a difference. Dancehall needs more of its original flavour and that's the direction I want to take music with my production skills," said DJ Kemmo.

He said that he believes that music is his true calling because he decided to get into music at a very young age.

"Music has always been something that I have been passionate about and, to be a music producer, you must be confident in yourself and your work. I find it amazing that I learn something new about producing every day. I also have to adapt to emerging genres and musical styles," he said.

Originally from Portland, Jamaica, he now resides in Orlando, Florida. He recently released the song She Gone, featuring deejay G-Statik.

"The song has been doing well on the underground dancehall scene here in Florida. I am pleased with the reception that it has so far received," he said. Arguably, his biggest single is Exotic by deejay Korexx. The song has so far racked up more than nine million views on YouTube since its release five months ago.

DJ Kemmo, whose given name is Kemoy Lewis, has been working to establish himself in the music business for over a decade. He first tested the waters as a disc jockey in Port Antonio. Along with some of his friends, he made the transition into music production by turning the back room of a shop into a recording studio.