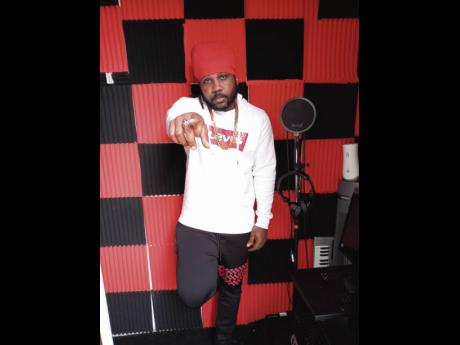 Recording artiste Jah Max is spreading some positivity through his single, Happiness & Laughter.

"This track is all about letting the people know that happiness and laughter is always the aim, no matter what kind of tribulations we are facing. The key thing about happiness is that it comes from within but a lot of people keep on seeking it on the outside and with happiness comes laughter," he explained. Since its release, the song's message has resonated with many listeners, resulting in a more than favourable response since its release.

"The feedback on this track has been great so far. It's getting a lot of great compliments and is also being played on a few radio stations," Jah Max said.

The artiste has released several singles in his career, including Ghetto Dream that is currently a hit in Kenya where he has a growing fan base. Happiness & Laughter is expected to have a great impact as well.

"I expect this track to go far because it's speaking about what everyone needs in their life to move forward and that's 'happiness and laughter'. Once you're singing a song like this, you're automatically sending a frequency out into the universe that you need, literally, happiness and laughter," he said.

Despite the ongoing pandemic, the artiste is still forging ahead with plans for new projects to be released in the coming months.

"At the moment, I'm working on my upcoming EP and album. I'm also planning with my wife, who's my manager at the moment, an album launch to accompany my upcoming project," he said. "I already have tours and shows lined up in other countries to be in effect once this pandemic is over or whenever it's good to go."