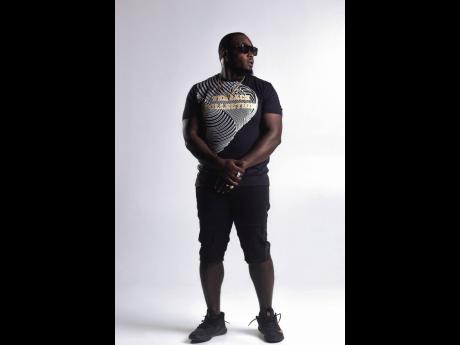 After producing for artistes like Dovey Magnum, Black Ryno and Demarco, engineer and producer Offshore has decided to embrace his vocal talent.

The multi-talented entertainer started off in The Bahamas as an opening act for performers like Lady Saw and 50 Cent, and has now released the single Million.

The single is all about achieving wealth and success, topics that have been exhausted by countless entertainers. However, Offshore has a much more specific objective in mind.

"It's about a success story, going from nothing to something. But the underlying message is, I want people ... especially in the Caribbean, to know about Bitcoin and how easy it would be to transfer money," he explained.

Offshore likens his story to that of Robin Hood, as he is convinced that "the Government really doesn't want a lot of people to know about Bitcoin and get involved with it".

'So, it is sort of like a Robin Hood-type story where Bitcoin will allow a lot of people to become rich. In a sense, they get to get in on it while it's still young and still new," he said. Determined to drive home his message, Offshore designed the artwork that accompanies the single to display the cryptocurrency being thrown into the crowd.

The artiste, now based in Atlanta, has embraced a fusion of hip hop, Afrobeat and dancehall, and is inspired by music from the classical Rachmaninov to The Wailers. Offshore is also currently working on fusing trap with dancehall on a new single called Tingz, which will be released in a few months along with visuals.

Offshore, whose given name is Dennis Brown, was born and raised in The Bahamas.