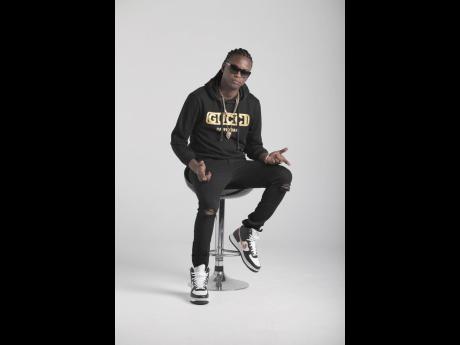 Influenced by dancehall giants Bounty Killer and Vybz Kartel, recording artiste Slash Ladat, given name Dwayne Knight, is on a mission in the dancehall sphere.

The COVID-19 pandemic has caused delay in some aspects of his craft. However, through innovation, his music has survived the lockdown.

"Right now, I am promoting two songs, Explosion and Every Moment. I have gotten good feedback on social media ... and this has given me the confidence for bigger and better things to come," he said.

Meanwhile, the artiste said he took a break from the music scene to focus on his family and now he's back with a vengeance.

"I come to take back my rightful place in the dancehall. I'm not a normal artiste. I'm a trendsetter. That's why my fans in Europe love me," he said. "I have been to some of the biggest reggae festivals in Europe performing to tens of thousands of people so I know how stardom feels."

Slash Ladat grew up in Portmore, St Catherine, and his talents were nurtured at local events. He grew up in a big family of seven siblings, and was especially close to his older brother Terrence Knight, who shared Slash Ladat's love for music. Terrence encouraged Slash Ladat to nurture his talents and work towards his goal of becoming a musician.

Slash Ladat started to pen his own lyrics at age 14. His first song was a counteraction to a popular dancehall artiste Red Rat's song, Dwayne. He further sharpened his abilities by frequenting the local party and dancehall scenes, particularly at the famous Cactus Nightclub in Portmore. But on April 10, 2002, Terrence died at age 20. The tragedy deepened Slash Ladat's will to pursue music, since his brother had believed that he was already a star.

He got his first touch of stardom when he collaborated with Vybz Kartel on the singles Gyal Know Fi Wine and Real Bad Man in 2004.