Tamo J hopes to be an agent of change 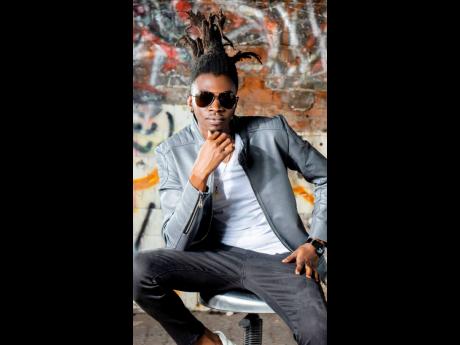 On the eighth episode of his YouTube talk show, recording artiste Tamo J explored the theme 'Protecting our women'.

The artiste, on his Ask Tamo J show, interviewed an abuse victim and a former sex offender, whose image was distorted to hide his identity.

"I have a few friends who have been molested or physically abused; another friend who has been raped that calls me often to release some of the emotions bothering her, and it's really gruesome. I want to help. If we don't protect women, we don't have life going forward," Tamo J said.

He said it is scary to think of his infant daughter growing up in a society where women fear for their lives, and are even more afraid to speak about it.

"Khanice Jackson is the most recent case we have had in the public. But let's be honest, these things are happening in the space on a day-to-day basis, and families like Jasmine Deen's have not gotten any closure. A female doesn't have to be in her 20s to go missing. There are so many young girls who can't be found," Tamo J said. "I want to be a change (agent) to help our women and our country. It's becoming so disgusting, to the point where people don't show respect for one another, to a place of reverence, killing someone during a worship session!"

The Deliver Me artiste revealed that the past few months were already emotionally tough for him, as he dealt with the loss of relatives.

Tamo J shared, "Both my grandparents who live in St Mary got COVID-19. My grandmother wasn't as sick, but when she went into the hospital, she got worse. But my grandfather, who had suffered five strokes, is back home. However, my uncle became ill as well, and after my grandmother passed, it appeared he couldn't hold on, and two weeks later he succumbed. The last quarter of the year really is a rough patch that I am still working through."

Noting the murders that have made headlines, he added, "Jamaica is globally known to be a God-fearing country that upholds certain morals. Where are we headed as a country?"

He asks more questions in his latest single, Change The World. Though released a week ago, Tamo J said the project was completed last September.

"It could have been released when the pandemic brought the world to a halt, but I personally needed more time. I decided to start the year with the single, taking note of everything that's happening around us, and I believe people are more receptive to the song," he said.