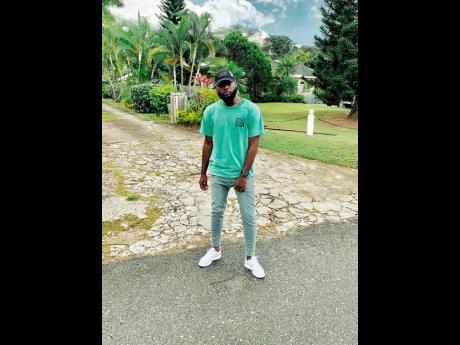 While residing in Kingston, Jermaine Watson was inspired by music from an early age, often hanging out around various recording studios.

He acquainted himself with the intricacies of music production, while learning the ropes of the music industry. Now residing overseas, he made the step to form his own music production entity, Mason Yard Entertainment, last year. The label has now released its first project, the single All Dat by Intence.

"It was just a mutual connection and the respect for the work that he has been putting in. You can't deny his numbers and, despite the critics, he has a timeless element to his music, especially the ones that lean to the more conscious side," said Watson.

All Dat was released digitally on March 26. The official music video, which was released on Sunday, April 4, racked up more than 200,000 views in less than 24 hours.

Said Watson, "This is my first project to be released officially, but I have been involved in music, making connections and building bridges for over 10 years."

He added, "I grew up in studios, so I have an ear for music; and if you ask me, that is conducive to great production. For 2021, and moving forward, my music videos will change the landscape of how music is being presented."