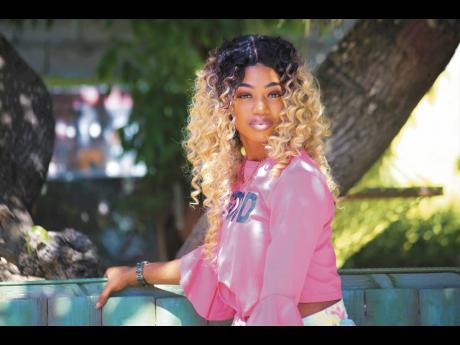 Singjay Kadijahh is getting a lot of street and radio love and mainstream attention from her new singles, He's Wack and I Can.

He's Wack was produced by international producer Rohan 'Snow Cone' Fuller on his 'Standing Fan' rhythm. I Can, which spent three months at number one in Australia, was produced by her manager/producer Chester Walker for Very Huge Records.

"COVID is no threat to me or the waves my songs have been creating," said the rising star. Kadijahh is no stranger to mainstream radio as previous releases like Good Like Gold, Obsession and Indifference have been making an impact.

The artiste is happy with the overall reception of the latest singles and is currently in the studio working on some new tracks for an EP.

She shared, "The songs have been getting some really good reviews and I am thankful and happy for that. I want these songs to keep on reaching places."

With wishes to perform for a live audience instead of just virtually, she is staying positive and hoping things will be back to normal soon.

"Live performance is solid for the universe; no illusions, just positive vibes and music, always a plus for me. In the meantime, I want all my fans to stay focused and be safe. God is in everything we do ... thankfully, gracefully and gratefully thank God," she said.