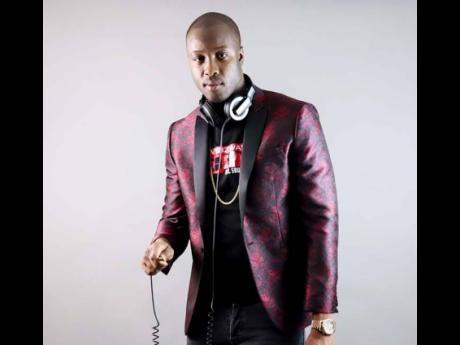 The project is set to debut within a few months under the Vybz Wayne Recording Label. The production will feature recording artistes such as Ras Zukes and Status, who are set to drop the tracks Got to Know Yourself and No Negative Vibes, respectively.

Vybz Wayne, whose given name is Dwayne Shaw, told THE STAR that the riddim is named after the street where he grew up in Barrett Town, St James.

"The name given was the inspiration on the advice of friends such as DJ Andrew Fresh, who helped me to further hone my craft. Also, Ras Zukes also saw my talent beyond just a DJ," he said.

He continued: "Ras Zukes asked me if I ever think of going into production. I said I was focusing on my sound system career. He said remember Stone Love and Bass Odyssey also do production as well, they have riddim out there."

The COVID-19 pandemic, which impacted his DJ business, forced Vybz Wayne to fast-track his journey into the production world.

"Last year, things slowed down and I went to England to do a show, but COVID-19 got so bad over there in February, the show got cancelled. So when I came back down, I tell Zukes say I ready to do some production," he said.

Vybz Wayne is no stranger to music and learned to juggle music from some of the best in western Jamaica, such as Sniper, before migrating to the US in 2009 to begin his professional career as a sound system DJ.

"Sniper was my cousin who works with artistes like Jah Cure and Tommy Lee. I always just love the music and like to see when him entertain the crowd, so I use to follow him around. I always tell myself that I want to be like him. So I just use to go around with him and try to learn as much as I could," Vybz Wayne said.

In 2010 he formed a sound which he named Redline Sound. Vybz Wayne started out doing a lot of backyard gigs, playing at wakes, fish fries, baby showers and birthday parties. However, as words spread about his talent, he soon ventured into the various clubs across the country and began rubbing shoulders with a lot of big names in the circuit. His decade old career has taken him to several places in the United States of America, such as New Jersey, West Palm Beach, Fort Lauderdale and Miami, and further afield to places like England and Japan.