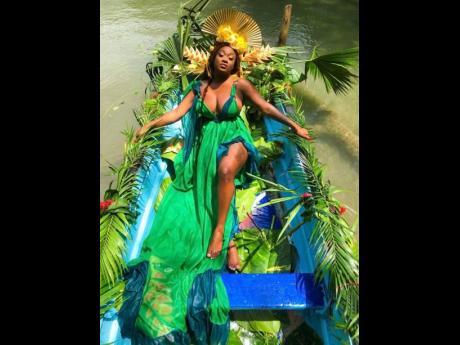 Recording artiste and songwriter Shaneil Muir says over the past year, she has been trying to maintain a level of consistency where her music and brand are concerned.

After causing a stir with her Same Guy collaboration with Denyque last September, the break-out star continued to heat up dancehall's kitchen with her spicy lyrics and saucy flows.

She told THE STAR that after showing fans her more hardcore side in tracks like Yamabella and The Pain, she is prepared to add a similar flair as she explores the reggae genre.

"I think how reggae has evolved, it's not what it used to be," she said. "It doesn't mean that we don't have some super-talented musicians and artistes that continue to hold up that part of the culture, namely Koffee and Lila Ike, among others."

In her exploration of the genre with her latest track Missing You, Muir said she anticipates her fans will be treated to something new and that it will also expand her reach.

"My sound is compelling, natural and authentic work of art and with this being the first reggae track I am a part of, it will definitely show a different side of Shaneil Muir," she shared.

She said fans can expect more smooth reggae tracks being added to her catalogue in 2021 and beyond. Missing You, which also features reggae veteran Jah Cure, was released last Thursday along with the music video showing the beautiful backdrop of Jamaica's famous Blue Lagoon.

The track's co-producer Linval 'Shabba' Thompson said putting Muir and Jah Cure on this production was a creative gesture.

"It's a gesture of two great minds creating great music and the lyrics are just as important in making the listeners able to relate," Thompson said. "I expect this track to reach its global potential as Jah Cure is infamous for his contribution to reggae music and also Shaneil Muir being a new sensation who has a lot to offer to the industry."