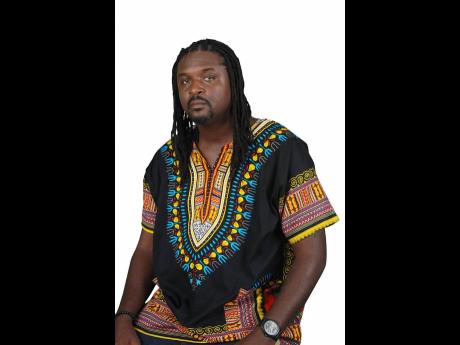 Dub poet Richie Innocent has described contracting COVID-19 as one of the most horrific experiences he's ever been through.

"I contracted the COVID-19 virus in January and struggled with it for several weeks. I could have died, but God has spared my life so that I can continue do my work. This is a very dangerous disease," he said. "At first, I thought I was having the flu, but when the symptoms got worse I got tested, and shortly afterwards it was confirmed that I had caught COVID-19. The same thing happened to my wife; both of us had the disease at the same time."

He added, "It was one of the most horrific experiences I've ever been through. There were times when I wondered if we would survive. I am appealing to everyone out there to obey the rules and take the necessary precautions to avoid catching it."

Now fully recovered, the Kingston-born poet is getting more good news, as he was recently nominated in the Best Dub Poet /Spoken Word category of this year's International Reggae And World Music Awards, which will be held virtually on Sunday, May 2.

"This is my fourth consecutive nomination in this category. Although I have never won the award before, it certainly means a lot to me to be nominated alongside my fellow 'word warriors.' The award for this category is the Mutabaruka Award and he's my biggest influence in poetry, so this is a significant achievement for me," said Richie Innocent. He said that he is not worried about winning or losing.

"I see all the other nominees as my family. We're all on the same mission. We use words to heal, uplift and enlighten the people. At the end of the day, no matter who wins, poetry wins," he said. Richie Innocent is currently promoting a single titled Crime Get So Bad on the Jherdon label.