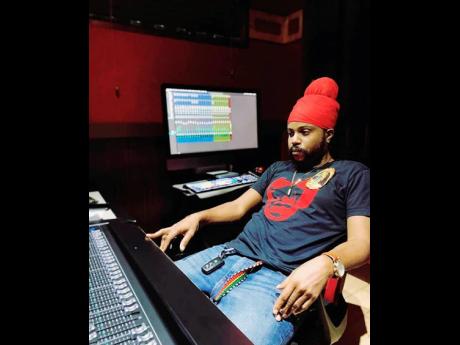 Craig Thelwell, producer with Unite the Hearts Music Jamaica (UTH Music JA), says that he has learnt the importance of slowing down, especially with music production.

"More time you rise up, you have to just take it easy and allow things to come to you, even though you continue to work towards it," he told THE WEEKEND STAR.

Looking at the careers of some of the major players in dancehall, Thelwell opined that much of their successes is owed to the amount of time spent on their productions.

"No rush and no fuss ... I find by taking this approach it is very beneficial to I," he said. "I apply that to my life, because it allows me to meditate more and make the right decisions."

UTH Music JA has worked with some of Jamaica's top cultural artistes, including Bescenta and Richie Spice, over the years. Thelwell's breakthrough project, the All Niter rhythm, was released in 2016, and last year he returned with a similarly impactful project, titled the Betterment rhythm, featuring songs from artistes like Bugle and Ras Penco.

Thelwell said that his mantra and a belief in "Jah's timing" have inspired his latest rhythm production, packaged as a seven-track EP.

"At the start of the project, I had no title in mind. Towards the end of the project, I started to rush things because I just wanted to get it over and done with. However, I had to fall back and question the reasons for the rush. I also started to think of the outcome and decided it was best to slow down to avoid any fuss," Thelwell shared.

It was at that point, he said, that the idea came to him to name the EP, Nuh Rush, Nuh Fuss as "a lot of mishaps were avoided once we slowed down".

It is the first acoustic production from UTH Music JA and it features loyal collaborators like Bugle and Bescenta, as well as a few up-and-coming acts like Snatcha Lion and Fyah Josh.